The Road to Calvary

17 As Jesus was going up to Jerusalem, he took the twelve disciples aside privately and told them what was going to happen to him. 18 “Listen,” he said, “we’re going up to Jerusalem, where the Son of Man will be betrayed to the leading priests and the teachers of religious law. They will sentence him to die. 19 Then they will hand him over to the Romans to be mocked, flogged with a whip, and crucified. But on the third day he will be raised from the dead.”

When Jesus spoke these words to His disciples they were only 14 miles from Jerusalem. He was a man with a mission and He led the way always with the will of the Father drawing Him closer to the cross. On the road were two blind men calling out to Him. “Lord, Son of David, have mercy on us!” The crowd rebuked them and told them to be quiet, but they shouted all the louder. Jesus stopped and called them. “What do you want me to do for you?” He asked.

Jesus had compassion on them and touched their eyes. Immediately they received their sight and followed Him.

They arrived in Jerusalem and the city was buzzing with activity, “the whole city was stirred by Jesus’ presence there.” He climbs down from the colt of a donkey and drives out all who were buying and selling there. He overturned the tables of the money changers and the benches of those selling doves.

“It is written,” He said to them, “My house will be called a house of prayer, but you are making it a den of robbers.”

There were two requirements for those making the pilgrimage to Jerusalem in preparation for the holy days. First they were required to offer an animal sacrifice, usually a dove. Second, they were to pay the temple tax in the local currency. Most who entered the temple had to purchase the dove and exchange their money for local currency. The money changers and the sellers of the doves were robbing the people who needed what they offered. Jesus took offense at this and called them “robbers and thieves.”

In the church, we should never emphasis profit more than the Prophet or build a fence more than faith! This will anger God and that’s not a good thing to do! 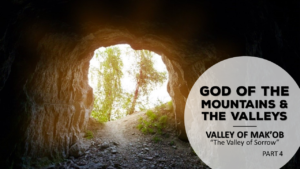 God of the Mountains and the Valleys: Valley of Sorrow – P4 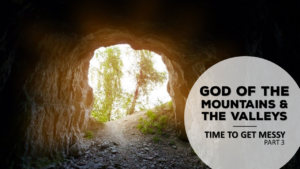 God of the Mountains and they Valleys: Time to Get Messy – P3 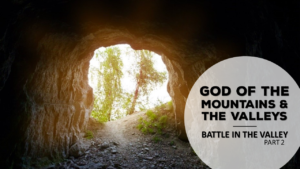 God of the Mountains and the Valleys: Battle in the Valley – P2 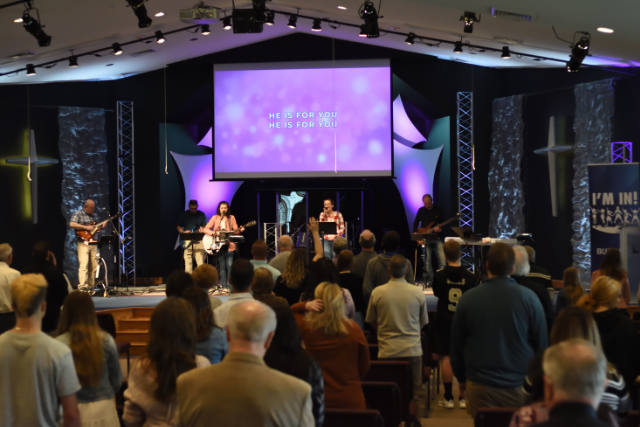 To provide an environment where each individual can reach their fullest potential in Christ through discipleship, experience, and service.